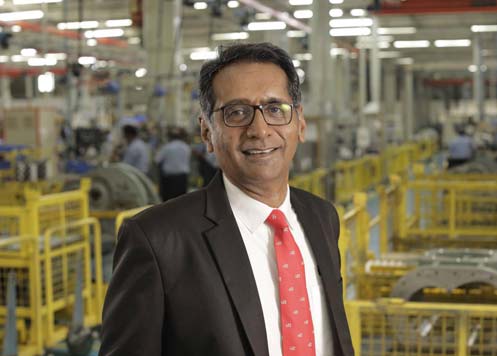 This will be the last full budget before the Lok Sabha elections in 2024, and it “comes at a time when the government is trying to weigh spending priorities, without compromising on fiscal prudence and the inflation target,” said Santanu Sengupta, India economist at Goldman Sachs.

Several key states are going to the polls this year. So, there could be some populist measures in the budget, along with the focus on growth. “A strong push for rural infrastructure, sanitation, rural and agri credit, Make in India, production-linked incentives and perhaps some relief for the middle class in taxation; it will be populist, but at the same time, growth and reforms oriented [budget],” said Amisha Vora, chairperson and managing director, Prabhudas Lilladher Group.

Of course, the government will try not to be too populist, as it wants to get the fiscal consolidation plan, which had been derailed by the additional spending during the pandemic, back on track. This will be closely watched by financial markets as well as rating agencies.

The expectation is that the government will meet the fiscal deficit target of 6.4 per cent of the GDP for the current financial year, but there will have to be some spending cuts, given the incremental subsidy spending. Sengupta expects the government to consolidate the fiscal deficit to 5.9 per cent next financial year by reducing subsidy spending.

“[The government] still has space to increase the expenditure because of higher nominal growth; we have reasonable amount of tax collection,” said Kaustubh Gupta, co-head of fixed income at Aditya Birla Sun Life Asset Management.

A key area of concern for Finance Minister Nirmala Sitharaman would be the slowdown in rural consumption. “With a global growth slowdown looming large, the budget needs to focus on sustaining the domestic growth momentum, while demonstrating a continued commitment towards fiscal consolidation and limiting the rise in the market borrowings,“ said Aditi Nayar, chief economist at ICRA.

While inflation has started cooling down and a strong start to rabi sowing should help the drive near-term momentum, Sitharaman may look at policy support as well to revive the rural economy. “One potential area is increasing allocations towards the rural employment scheme, MNREGA. Besides this, allied schemes such as crop insurance, rural road infrastructure, low-cost housing, power and utilities, food-processing industry are the other focus areas,” said Radhika Rao, senior economist at Singapore’s DBS Bank.

The private sector has, of late, been reluctant to do capital expenditure, owing to the pandemic, supply-side challenges and slowing consumption. Things are unlikely to change much this year. So, the government may have to continue to do the heavy-lifting. “The need to spur a revival in the investment cycle still rests on the public sector, as a slowdown in global growth and tighter financial conditions emerge as speed-bumps for private sector activity,” said Rao.

Last year, the government had budgeted capex of Rs7.5 lakh crore, which included Rs1 lakh crore in loans to states. In 2023-24, the centre is likely to set a target of around Rs9-9.5 lakh crore, feels Rao.

ICRA is also expecting the government to target a double digit growth in capital expenditure to Rs8.5 lakh crore to Rs9 lakh crore. Robust direct tax collections and GST inflows will help; the net tax receipts in 2022-23 are expected to exceed the budgeted amount by Rs2.1 lakh crore, it estimates.

Balancing between higher spending and fiscal consolidation, the government may push its asset monetisation plans. However, disinvestment could be an uphill task amid tighter liquidity conditions and volatile capital markets. “While many PSUs are slated to be sold and some work has been done in the past, that window may be rapidly closing, given the tight global liquidity, which would make eliciting global interest or a global fund raise by domestic companies more difficult,” said Prateek Agrawal, executive director, business and investment strategy, Motilal Oswal Asset Management.

“A shortfall cannot be ruled out in the uncertain macroeconomic environment where raising of capital and appropriate pricing are concerns,” said Dipanwita Mazumdar, economist at Bank of Baroda, who expects FY24 disinvestment proceeds to be budgeted at around Rs40,000-Rs50,000 crore. “A clarity on disinvestment is very important to give market a clear signal.” said Mazumdar.

The global uncertainties led to huge foreign investment outflows from India’s capital markets in 2022. Foreign portfolio investors sold about Rs1.2 lakh crore from equity markets. However, that was offset to a large extent by strong domestic inflows. Mutual funds, in particular, have seen huge inflows via systematic investment plans (SIPs). Monthly SIP flows now exceed Rs13,500 crore, 90 per cent of which are in equity schemes, according to the Association of Mutual Funds of India. Domestic institutional investors pumped in Rs1.9 lakh crore in to equities in 2022, a record.

In this backdrop, market experts feel Sitharaman could look at measures to make mutual funds more investor friendly. One demand is addressing the difference in tax treatment between equity mutual funds and unit-linked insurance plans offered by life insurance companies. Currently, long-term capital gains in equity-oriented mutual funds are taxed at 10 per cent, if the gains exceed Rs1 lakh. ULIP proceeds, on the other hand, are exempt from income tax if the life insurance sum assured is 10 times the annual premium and withdrawn after a lock-in period of five years, said Jimmy Patel, managing director of Quantum Asset Management.

“Since ULIPs are essentially investment products that, like mutual funds, invest in securities, there should be no difference in tax treatment. This will offer investors better leeway to choose an investment product that fits their financial goals and tax-saving needs,” he said.

Market experts, however, do not expect the finance minister to tinker with the existing capital gains taxation. Currently, long-term capital gains (LTCG) on equity and equity mutual funds are taxed at 10 per cent for a holding period of more than one year. LTCG on debt funds are taxed after a holding period of three years at a flat 20 per cent rate after indexation. “Given the volatile global situation, India needs vibrant markets this year to sustain growth and investor interest,” said Vora. “Stability in tax rates (LTCG) will be positive for the markets.”

Creating a manufacturing future for India