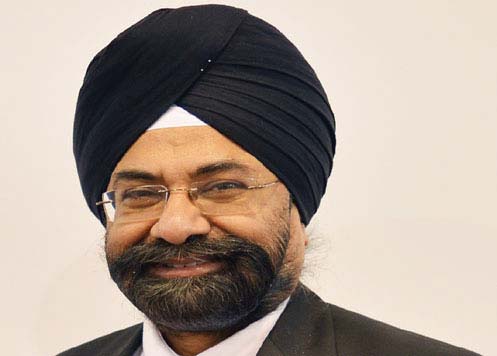 Heartening is to see big corporations setting examples of being mindful of the environment.

The Stone Age did not end because we ran out of stones; we transitioned to better solutions. The same opportunity lies before us with energy efficiency,” said physicist Steven Chu.

Today, fossil fuels account for over 80% of the world’s total energy production. As technological advancements reduce costs, commercial adoption of renewable energy like hydrogen, solar and wind will only increase. However, while a lot is being said and done on the production side of things, due emphasis must also be given to the patterns of consumption, which is worrying, to say the least. It is a no-brainer that unless there is a more conscious approach to increasing efficiency in consumption, there is unlikely to be a great change in the environment despite the shift to renewable sources.

What is heartening is to see big corporation’s worldwide setting examples of being mindful of the environment and using renewable energy sources to decarbonise. This trend needs to be coupled with a more holistic approach of keeping consumption in check as well. Nonetheless, let us take a closer look at each of the non-conventional sources of energy businesses are employing:

Easy to store, hydrogen is being increasingly adopted across industries. A survey of 1,000 white-collar executives found that 78% of them believe that hydrogen fuel cell cars have a more promising future than electric vehicles.

Nine of the leading auto manufacturers in the world are coming up with hydrogen fuel cell vehicles (HCVs) for consumers. Scores of companies with large distribution and warehouse needs use hydrogen fuel cells to power forklifts, trucks and more.

In the aviation industry, companies are exploring using liquid hydrogen for powering modified gas turbine engines. Hydrogen is even being used in space exploration and experimental unmanned long-duration aircraft projects.

Large utility providers in the US use hydrogen to cater to peak season demands, enabling electricity grid balancing, according to Deloitte’s forecast for energy in 2021. These also serve to help them meet their decarbonisation goals.

As climate conditions worsen, the European Union (EU) is focusing on hydrogen as well, making it one of the energy sources to watch out for in the next few years. The EU aims to produce one million tonnes of green hydrogen by 2024 and to increase this 10x by 2030.4

Oil and gas enterprises can leverage their vast experience in offshore environments to make significant investments in offshore and onshore wind projects. It will help them diversify their portfolio and establish a presence in the upcoming green energy sector.

Many shipping companies have installed large kites to harness wind energy, enabling them to reduce fuel consumption by up to 30% during long-distance journeys. Some concept ships using wind energy in conjunction with hydrogen and solar energy have also been visualised.

Big retail chains in the US have installed multiple micro wind turbines on their sites to partially fulfil their energy needs. Several global leaders in the technology space are installing wind turbines on the roof of their headquarters, underscoring their commitment to green energy.

Along with wind, solar energy is one of the cheapest electricity sources. Photovoltaic systems are increasingly being sold with batteries, providing an uninterrupted power supply to enterprises. In the US, multiple retail chains have installed on-site solar panels to partially fulfil their energy needs.8

Solar thermal is increasing in popularity for industrial applications too. It is being used to generate electricity, heat spaces, process chemicals etc. The process heat of solar thermal is used in the agricultural industry too, in crop drying.

However, there are challenges to solar power generation. First, an immense area of land is needed to set up solar energy plants. Second, solar photovoltaic cells have an expiry date. Once they have expired, they become e-waste. That is why we need to be judicious in our use of energy, regardless of how green it appears to be at first glance.

“The road to energy efficiency is, in theory, a sustainability sweepstake. More efficiency means that less fuel is required to generate a given amount of energy, which in turn means lower costs for the provider and cheaper prices for the customers,” claims Danish entrepreneur Jens Martin Skibsted.

Indeed, the cost of goods is a major driver in our predominantly capitalistic world. But a great way to reduce energy costs, often overlooked in the grand scheme of things, is to minimise consumption. If we’re to take our own example, while we’ve grown at 30-40% for the past 5-6 years, our power consumption has remained flat. Installing IoT-enabled energy management systems has improved our energy efficiency by 24%, and it has only been possible because our employees believe they have a responsibility to use power carefully, for earth’s sake.

Large-scale investments in renewable energy often require government support, and countries everywhere are partnering with enterprises to increase usage of non-conventional energy with incentives like tax breaks. But unless these incentives are tied to commensurate penalties, there will be nothing stopping corporations from being wasteful in the use of energy. It is imperative to make legislations that prevent misuse of energy and for businesses to instil in its practices the philosophy of being judicious in using earth’s resources.

The New Norm And Focus On 3F’s

Women in manufacturing: How companies are driving mammoth change

Any cookies that may not be particularly necessary for the website to function and is used specifically to collect user personal data via analytics, ads, other embedded contents are termed as non-necessary cookies. It is mandatory to procure user consent prior to running these cookies on your website.