One of our partners in the paper manufacturing industry was looking for ways to reduce their energy consumption. They identified that their air compressor was a major contributor to their energy bill.

They had many decade-old compressors placed in various locations of their plant. The older compressors consumed higher energy. The machines were also becoming difficult to maintain due to short consumable replacement cycles and an increase in maintenance costs. And any new compressor would have to be rugged in to run in harsh temperatures with minimal maintenance checks.

After a comprehensive study, we recommended that two of their existing 75kW machines be replaced with newer, larger 160kW compressors as a preliminary change to accommodate their budget and to increase efficiency.

It has been 1 month since we replaced the machines, and the paper manufacturer has recovered over 55% of their investment only through power. The newer compressors which offer more features also operate with less noise and are built to handle harsh temperatures and conditions of the site.

Over the past decade, a lot has changed in compressors. The air-ends which are the heart of the compressors have been improved to provide higher compressed air flow and consume lower power. The primary mover of the air-ends, the electric motor’s minimum efficiency has been incrementally upgraded as well. The unload power and power consumed by the cooling fan has also been reduced significantly by controlling the flow of oil into the air-ends and the cooler. The controllers have become smarter and can identify running patters. They can also control multiple other compressors as well.

After analysis, ELGi recommended replacing 2 machines with a larger one as a preliminary effort.

Two 75kW units were replaced with one 160kW improved state of the art oil lubricated screw compressor. Not only did it help increase the compressed air output but also helped save electricity. this effort helped reduce CO2 emission (in tonnes). The details of the savings are as below:

These upgrades are not just about performance. These help reduced service downtime by half. And since we replaced two machines with one, it ensured additional space as well.

One of the key points from the feedback received was that the ELGi air compressors could operate in any environment and the newer compressor only elevated the belief because of better thermal management by: 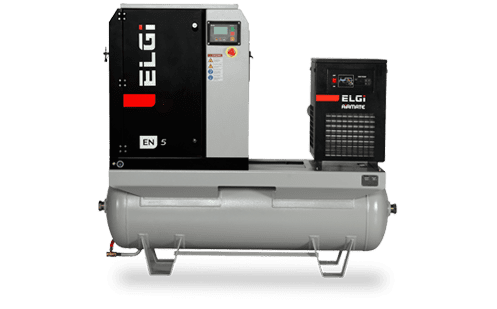 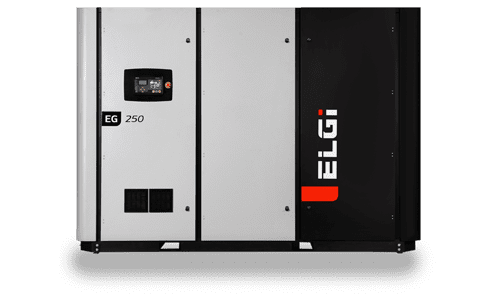