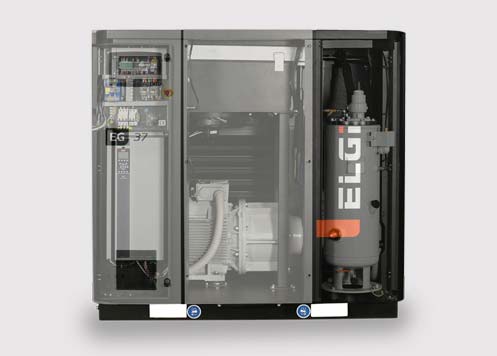 If the airflow demand is varying for a significant duration in a shift between a minimum and maximum flow capacity, a variable speed compressor will be the ideal choice.

One of the important decisions to make while investing in a compressor is to decide whether a production facility needs a fixed speed or a variable speed compressor. Typically, energy cost contributes to more than 75% of the total life cycle cost of a compressor. Appropriate selection of compressors will result in optimal energy utilization thereby reducing energy costs significantly for the user.

Fixed speed compressors are designed to deliver a fixed or constant flow (cfm or m3/min) of compressed air for a rated operating pressure. This is achieved by the electrical motor in a compressor running at a constant speed (rpm) which in turn drives the air end of a compressor. 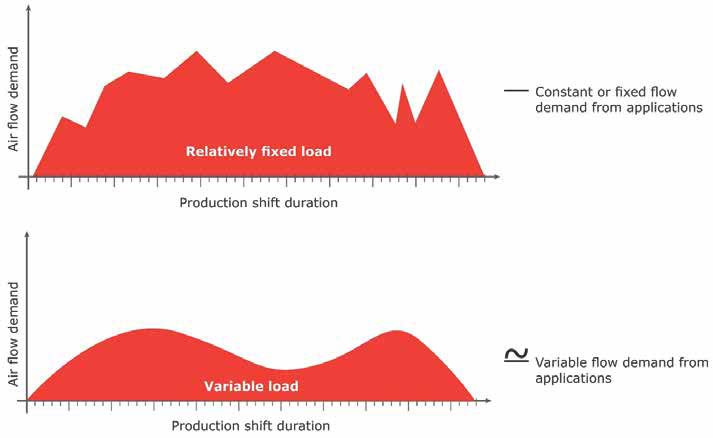 What is “airflow demand”?

Airflow demand is the rate of volume of compressed air (cfm or m3/min) required for applications in a production facility. For example, let us consider a manufacturing facility with machining centers and a few pneumatic actuators that need 100 cfm (2.8 m3/min) of compressed air at a rated pressure of 7 bar. If these applications run continuously together in a shift, the flow demand is considered to be constant. In the same example, if the machining centers and the pneumatic actuators are operated separately for different durations during the shift, the airflow demand will fluctuate depending on the number of applications run at a given time.

If the airflow demand is varying for a significant duration in a shift between a minimum and maximum flow capacity, a variable speed compressor will be the ideal choice. The compressors equipped with VFD will vary the speed of the motor and ensure that excess energy is not consumed by the compressor. Compressors with VFD can save up to 35% of energy costs when compared with a fixed speed unit. 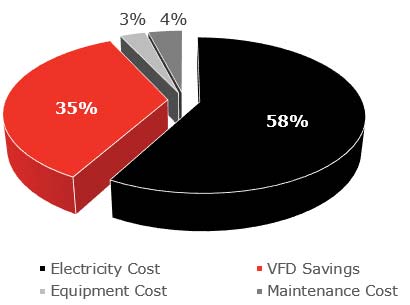 If a fixed speed compressor is chosen for a varying airflow demand, it will result in higher energy consumption. When the demand fluctuates significantly, fixed-speed compressors will run on “un-load” mode for a longer duration when energy is consumed without delivery of compressed air. An increase in the duration of the un-load mode of operation can result in a significant loss of energy.

ELGi’s compressed air experts can help customers to understand the airflow demand and help them choose the most appropriate compressed air solution to ensure optimal energy consumption at their production facilities. ELGi offers both fixed and variable speed compressors with both oil-injected and oil-free rotary screw compressors.

Reach out to our experts today at [email protected] or visit us at www.elgi.com/in/